Paintcare, a national non-profit organization, was created to promote safe disposal of paint by consumers. Paintcare identified the Latino community to be one of the largest paint purchasing demographic but also observed that the community fell behind in their use of paint disposal locations.

Even though the Latino community is the nation’s largest minority group, 54.5 million people, or about 17.2% of the U.S. population, there is little environmental messaging targeting this group. This lack contributes to why Latinos were having problems identifying themselves as environmentalists and performing actions such as recycling.

To understand the barriers and motivators towards proper paint disposal, SGA implemented a survey of the attitudes and beliefs of Latinos around paint recycling. The survey interviewed 350 Latinos in seven metropolitan areas across California and Colorado. Participants were also questioned as to what they perceived to be the benefits of recycling paint. Participants stated either health benefits regarding their community and family or environmental benefits concerning wildlife to be the greatest positives.

When questioned what they did with their unused paint, 77% stated they placed leftover paint in storage while 9% of the participants stated they disposed of the material by way of their regular trash, which is hazardous to do.

We tested the campaign using both the Google and Facebook advertising platform. Information such as impressions and view rates were observed. We also periodically changed the advertising message or the ad photo and noted any differences. The results of this testing confirmed the survey and focus group results that indicated that family was one of the biggest motivators to recycling paint. 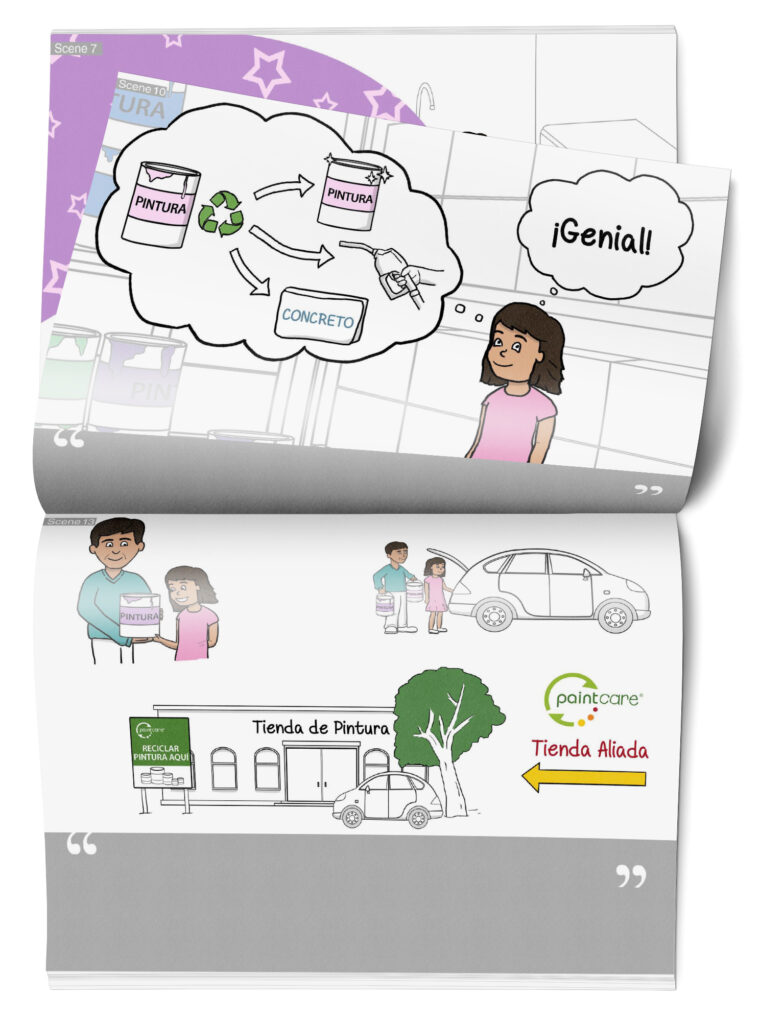